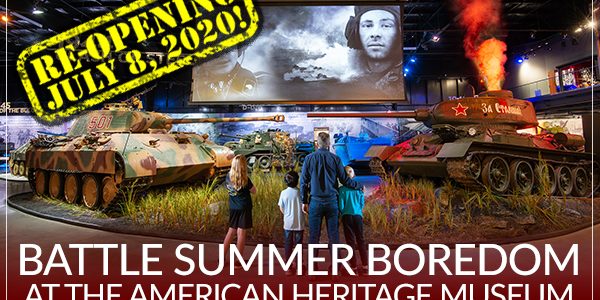 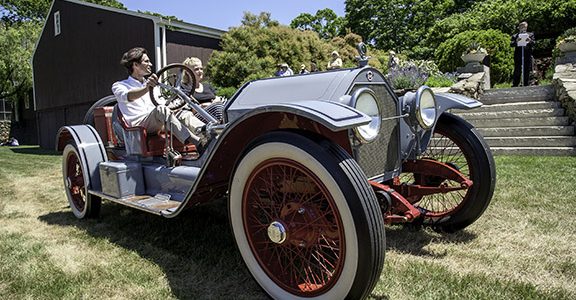 We are sad to say the Father’s Day Weekend Tanks, Wings & Wheels event has been canceled due to COVID-19 precautionary protocol. The Car Barn, Hangar and American Heritage Museum in Stow, Massachusetts will remain closed until around July 3rd. The tank driving grounds will be open and limited to participants who have signed up […] 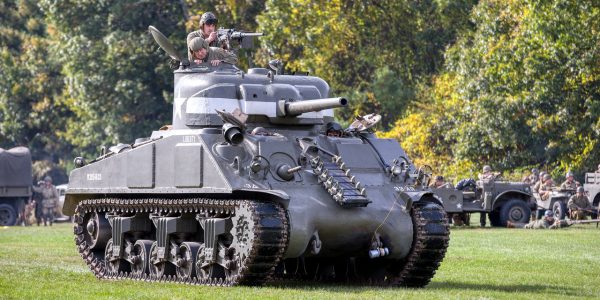 We have always felt that an immersive experience in history brings you to a closer sense of appreciation and excitement in wanting to learn more. Aside from flying in a WWII aircraft, there is nothing quite like driving a real tank. The American Heritage Museum is offering a unique tank driving instruction program in the […] 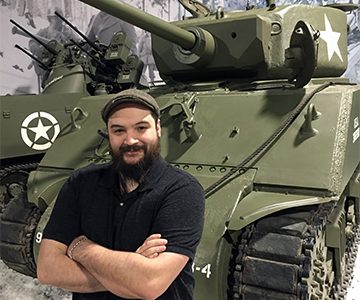 Hello! Owen here with the American Heritage Museum. Welcome back to my blog series called Name Tag Defilade. I hope this finds you well in the midst of current events. Today I wanted to talk about one of my favorite subjects, which are Soviet self-propelled guns. Specifically the SU- and ISU-152. Shortly after the Battle […]

Evolution of the Tank – Part 1

The conceptual roots of the tank go back to ancient times, with large mobile siege shelters that were able to provide protection for troops moving up against large stone walls or fortifications. One of the earliest concepts of a tank comes from Leonardo da Vinci. He came up with a sketch design for an “armored […] 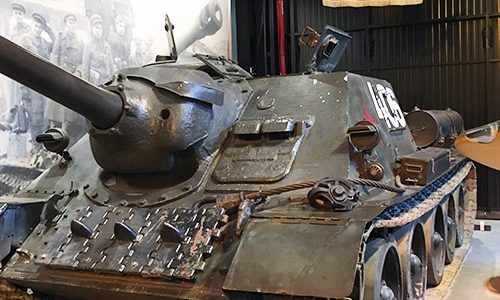 The SU-100 (Samokhodnaya Ustanovka 100) was a tracked Soviet tank destroyer armed with a massive 100 mm anti-tank gun. The tank originated through the simple need from the Soviet Army for an effective weapon to combat the latest generation of German tanks now being fielded across the Eastern Front during WWII. Soviet engineers responded by […] 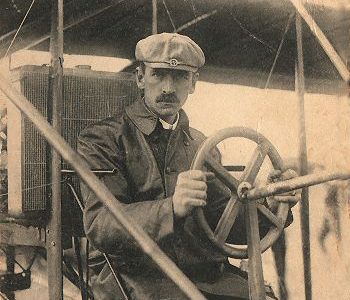 The 1900s took off with a fanatic craze of flying machines. In 1909, Glenn Curtiss introduced his Curtiss Pusher to this growing industry. The elaborately constructed Curtiss Pusher plane captured the imagination of people worldwide. Called a “pusher” because the engine and propeller are placed behind the pilot and, therefore, “push” the aircraft. The Curtiss […]

Tanks for Being a Friend: Keeping History Alive in 2020

Help Support the American Heritage Museum with your Advance Sale Admission, Membership, and Gift Shop Purchases… And Get the Chance to Experience a Once-In-a-Lifetime WWII History Experience! First of all, it is our profound hope that everyone in your family is safe, healthy, and following the CDC rules that seek to get us through this […] 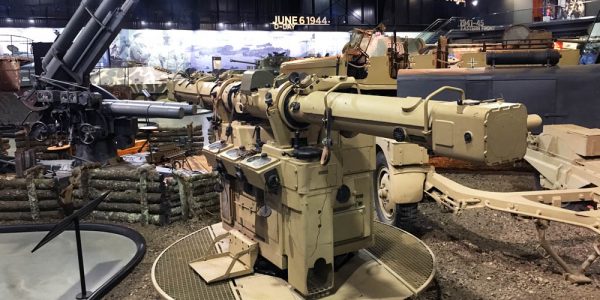 The Kommandogerät (command control computer) 40, known as a Director, was a German optical range finder used principally for large anti-aircraft guns, such as the 8.8cm Flak 36 or the 10.5cm Flak 40. By calculating the length of the tube and the angle at which the lenses were positioned, the crew could pinpoint aircraft target […]

Dear American Heritage Museum Guests and Members, As the spread of COVID-19 disease continues to impact our world, country and state, we have been exploring and evaluating all options regarding our operations. We have made the decision to temporarily close the American Heritage Museum and will continue to follow the Massachusetts emergency orders and guidance. […] 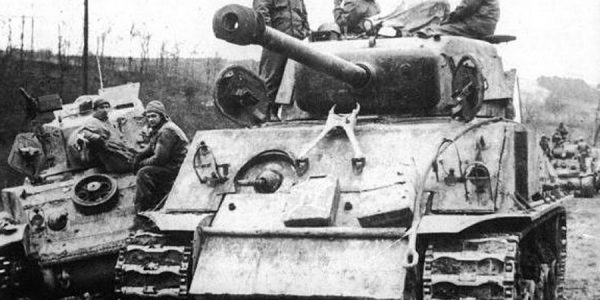 Tanks from the Battle of the Bulge

On December 16th, 1944, the Battle of the Bulge had begun, and forces all along the western front were being pushed back by a wave of German troops, tanks, and under bombardment from over 1,000 artillery pieces. The mainstay medium tank in the US Army was the M4 “Sherman” tank, and by December 1944, U.S. armored […] 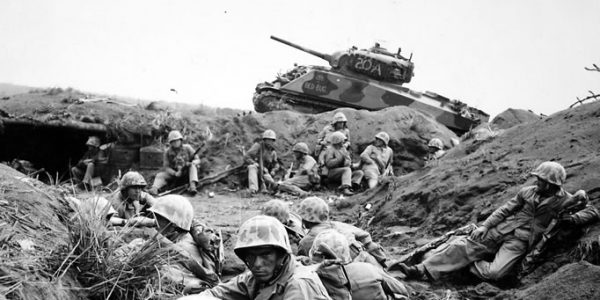 Ah, February. A month that has always been synonymous with amorous pursuits. In a few days the boxes of chocolate will be flowing and the flowers will be presented to our loved ones. But the 19th of this month also commemorates the beginning of one of the bloodiest battles of WWII, the Battle of Iwo […] 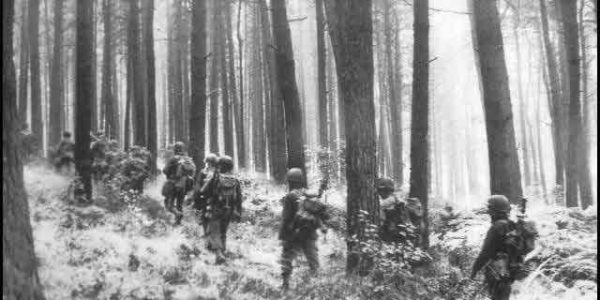 Hello and welcome back to Nametag Defilade! My name is Owen and this is post number three covering the Battle of the Bulge. So far, we’ve covered the planning phase of the coming offensive in the Ardennes, beginning with the attempt on Hitler’s life in the July 20th Plot and the sudden influx of fresh […] 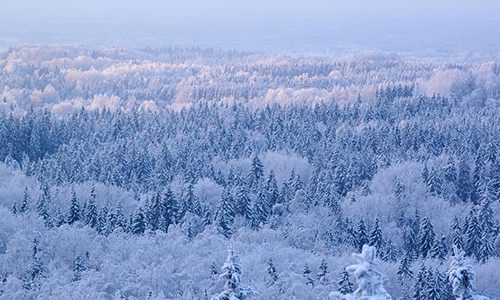 Hello, Owen here, and welcome back to “Nametag Defilade!” In this multi-part series, we are looking over the Battle of the Bulge and its many facets. From the planning and buildup of forces, the attacks, the men and machines, and the big picture to just a few of the smaller pixel’s worth of stories within. […]

Hello everyone and welcome to my first “Nametag Defilade” blog post! My name is Owen and I work at the Collings Foundation and the American Heritage Museum as a historian. I’ve been studying military history, specifically mechanized and naval technology and warfare from the 19th century onward, for roughly 15 years, but my interest dates […]