How "Section T" Took Down a Nazi Superweapon and Helped Win the Battle of the BulgeAs you descend the American Heritage Museum's central staircase, be sure to look up to see our "Doodlebug" - one of the several nicknames (buzzbomb, Maybug) given to the V-1 rockets launched on England after the D-Day invasion. From June 1944 to March 1945, the Germans launched 6,725 V-1 rockets at Britain from launch pads in France and the Netherlands. Of those, 2.340 hit London causing 5,475 deaths with nearly 16,000 injured. While the RAF had some early success in downing Hitler's flying bombs, the superior speed of later V-1 models required new approaches to air defense. The most effective solution came from the top secret project of US engineers and scientists led by Johns Hopkins physicist Merle Tuve who comprised what was known as "Section T" of the US Army Research Laboratory. After three years of intensive research and testing, Tuve's team developed the VT (Variable Time) Proximity Fuse, a device that alerted an artillery shell when to explode. By August 1944, Allied forces were shooting nearly half of the V-1 rockets out of the sky, and by the end of the summer, their success rate neared 100%. The last V-1 launch site in the Netherlands was overrun on March 29, 1945.Allied artillery commanders in Europe were anxious to utilize their stockpile of new shells equipped with radio proximity fuses. But the Joint Chiefs of Staff in Washington and Allied leadership in Europe were reluctant to use the proximity shell against German ground forces. If the Nazis recovered a dud, which they would, they could reverse-engineer the invention and use it against the Allies - and share it with the Japanese. Dr. Vannevar Bush, chairman of the National Defense Research Council, convened a panel of scientists, including Tuve, that determined it would take the Germans at least 27 months to replicate and mass-produce their own proximity shell. Eisenhower then ordered that the shells could be used starting on December 25.However, on the morning a December 16, 1944, Colonel George Axelson, the commander of the 406th Artillery Group, had a difficult decision to make. The Germans had just launched an offensive along an 80-mile front in Belgium and Luxembourg that would become known as the Battle of the Bulge. Axelson decided that the emergency trumped Ike's restrictions and ordered his gunners to use the new shell. The German attack in his sector collapsed. Beginning on December 18, the U.S. First, Third and Ninth Armies unleashed the most devastating artillery fire German troops had ever encountered. Across the Ardennes, the VT fuse became the weapon of choice, particularly at night, in the open and through fog. Shells were showered on German troops crossing critical road junctions, bridges and highways.The development of the proximity fuse was one of the best-kept secrets of WWII and is regarded by many as the third most important technological achievement after the Atomic bomb and Radar. ... See MoreSee Less 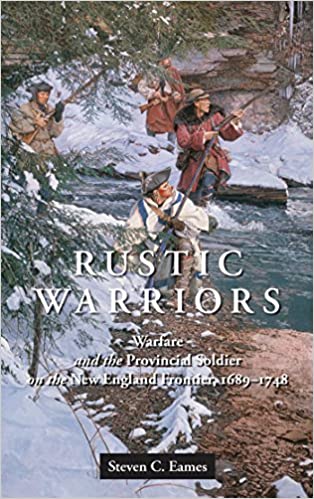 The early French Wars (1689-1748) in North America saw provincial soldiers, or British white settlers, in Massachusetts and New Hampshire fight against New France and her Native American allies with minimal involvement from England. Most British officers and government officials viewed the colonial soldiers as ill-disciplined, unprofessional, and incompetent: General John Forbes called them “a gathering from the scum of the worst people.”

Taking issue with historians who have criticized provincial soldiers’ battlefield style, strategy, and conduct, Steven Eames demonstrates that what developed in early New England was in fact a unique way of war that selectively blended elements of European military strategy, frontier fighting, and native American warfare. This new form of warfare responded to and influenced the particular challenges, terrain, and demography of early New England. Drawing upon a wealth of primary materials on King William’s War, Queen Anne’s War, Dummer’s War, and King George’s War, Eames offers a bottom-up view of how war was conducted and how war was experienced in this particular period and place. Throughout Rustic Warriors, he uses early New England culture as a staging ground from which to better understand the ways in which New Englanders waged war, as well as to provide a fuller picture of the differences between provincial, French, and Native American approaches to war.

About Dr. Eames:
Dr. Steven C. Eames spent thirty-five years as a professor of history. His research interest focuses on the impact of war on people both soldiers and civilians. His published works include Sacrifice of Self: Nahant and the Civil War (won the American Association for State and Local History Award of Merit and Albert B. Corey Award, also an award for the New England Museum Association), and Rustic Warriors: Warfare and the Provincial Soldier on the New England Frontier, 1689-1748.

This presentation is being presented from 1:00pm to 2:30pm on Friday, November 19th and is included as part of standard admission to the American Heritage Museum. You may purchase admission on the day of the event at the Admissions Desk or you may purchase tickets online to be emailed to you at the General Admissions eTickets link here.