Visit us this weekend to see the USS Constitution's 1812 Marine Guard perform period drills, marching and musket firing. The American Heritage Museum will be open the entire Spring Break week - April 19th to 26th, 10 AM to 5 PM. ... See MoreSee Less

A little snow in the Boston area is no problem for us here at the @americanheritagemuseum - we are open from 10am to 5pm daily this weekend and all week next week (April 17-25) for Patriots Day and Spring Break from 10am-5pm daily. Information at the link in our bio! (video from earlier this year... thankfully just a dusting of snow today!) #tanks #tankmuseum #M24chaffee #WWII #worldwar2 #worldoftanks #hudsonmass #hudsonma #PatriotsDay #massachusetts ... See MoreSee Less

The American Heritage Museum is now offering an annual Library Membership / Pass Program to local libraries who wish to offer half-price admission to patrons who wish to "check out" the passes. Many museums offer similar programs and we are pleased to do the same to bring more families and children to the American Heritage Museum! Please spread the word and let your local libraries know! Learn more at: www.americanheritagemuseum.org/get-involved/library-pass-program/ ... See MoreSee Less

The American Heritage Museum, The BYSO, And More

Are you a Sophomore, Junior, or Senior in High School in the Greater Boston area who is interested in challenging yourself and learning more about leadership through an interactive experience at the American Heritage Museum? We are partnering with the Light Foundation to hold our first ever Leadership Workshop here at the museum on Tuesday, May 11th! More information and application can be found at www.mattlight72.com/leadership-workshop/ - and please pass this to anyone in your family it might apply to! ... See MoreSee Less 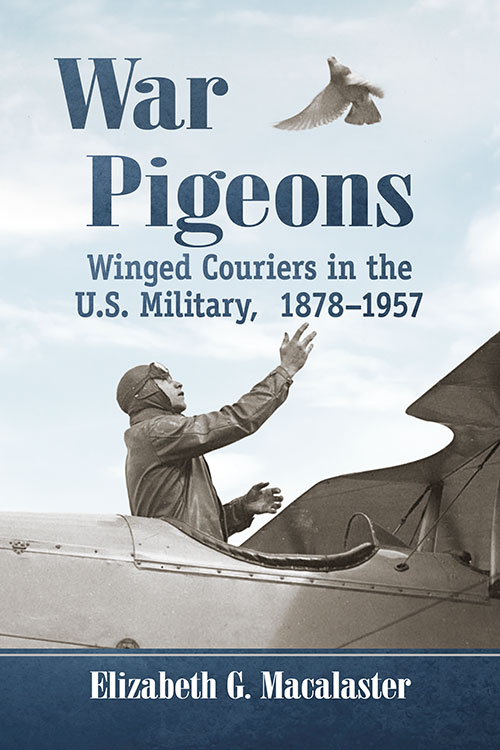 For more than seven decades, homing pigeons provided the U.S. military with its fastest most reliable means of communication.  Often, they were the only means of getting messages through.  In the book WAR PIGEONS: Winged Couriers of the U.S. Military, 1878-1957, author Elizabeth Macalaster chronicled the service of this extraordinary bird in American armed forces, from its fledgling beginnings after the Civil War, to the birds’ invaluable role in communications in every branch of the military through both World Wars and beyond.   There is no other animal as much a part of American heritage as the homing pigeon. Although Elizabeth Macalaster grew up among barnyard birds, she started her career as a marine biologist, studying North Atlantic cephalopods. She turned to science journalism and worked for the U.S. Department of Interior and EPA on water quality issues. Elizabeth now writes primarily science and history articles for newspapers and magazines.

Under the pen name, Ryan Ann Hunter, Elizabeth collaborated with Pamela D. Greenwood on award-winning nonfiction books for children and young adults. Their YA book, In Disguise! Undercover With Real Women Spies, reveals the achievements of unsung heroines throughout history. While researching this book, she came across information about homing pigeons making reconnaissance flights with tiny cameras strapped to their chests. The swift and strong little bird snagged her curiosity, and she began her foray into the world of homing pigeons.

Elizabeth is also the author of Reckoning At Harts Pass, an adventure/thriller in which homing pigeons play a covert role. A sequel is underway where Naomi, the main character, is being hunted by jihadists and the FBI.