The lineup is looking great for our Military History Through the Ages Weekend on August 7th and 8th! Will you be there? fb.me/e/2m3BPRR6V ... See MoreSee Less

New update from Sweden this week of our 1917 Nieuport 28 restoration by Mikael Carlson - www.americanheritagemuseum.org/2021/07/nieuport-28-restoration-july-2021/ - test assembly before fabric covering! Full article and gallery of photos in the link below. The sole original flying example of America's first fighter is getting closer to the skies! ... See MoreSee Less

July 19, 1944: Breakthrough at Saint-LôHedgerows, Rhinos and CrocodilesThe Battle of Saint-Lô is one of the three conflicts in the battle of the hedgerows which took place between July 7 and July 19, 1944. Saint-Lô had been taken by the Germans in 1940 and after D-Day, the Americans had targeted the city as a strategic crossroads.After the battle of the Normandy beaches, Allied forces found themselves engaged in the battle of the hedgerows. Thanks to the success of the airborne landings, the flanks of the beachhead were firmly held, but efforts to break out of the center were frustrated by fierce German resistance and counterattack. Fighting inshore, the Allies also encountered difficulty in the dense hedgerow country known to the French as bocage. Aerial reconnaissance photos had not revealed the denseness of these packed embankments upon which the hedgerows grew. The bocage proved to be a defenders paradise and an attacker's hell.A simple conversion to US tanks helped defeat the hedgerow problems. In July 1944, tankers began welding iron beams - often using cut-up German "hedgehog" shore defenses - to the front of Sherman tanks. The tanks, nicknamed "Rhinos," could then drive directly at the hedgerow and plow through the mass of earth and vegetation. The invention of the device is credited to Curtis Culin, a sergeant in the 2nd Armored Division's 102nd Cavalry Reconnaissance Squadron.The British did the job with fire. The Crocodile was a flame-throwing variant of the British Churchill tank developed under Major General Sir Percy Hobart in 1943. The Crocodile had a flame projector that replaced the front mounted machine gun and was connected to an armored trailer via an armored pipe mounted along the underside of the tank. The trailer carried 1800 liters of fuel as well as a compressed propellant which was enough for 80 one-second blasts.The American Heritage Museum is proud to display a British Churchill Crocodile (pictured) and a number of Sherman tanks. ... See MoreSee Less

#1 Best-Selling Author Andrew Biggio to hold first book signing of WWII novel "The Rifle" at the American Heritage Museum on August 1st. In what could be one of the last largest WWII Veteran reunions, some 40+ WWII Veterans are expected to attend. Each veteran took part in the rifle project, and plan to sign books along with the author for hundreds of guests.Fifteen French Legion of Honor Medals will be presented to veterans ranging from ages 95-105 for their service liberating Europe. The 22nd Director of the Army National Guard, General Jon Jensen will be the guest speaker, along with Marine Corps Colonel Christopher Landro.Books are guaranteed to be signed by the author, WWII veterans until they feel free to stop.Event is scheduled from 3pm- 6pm. $30.00 per book, $20.00 if you bring your own copy. Standard museum admission to attend. ... See MoreSee Less

Join us here at the AHM this Saturday 7/17, 1:00 PM, for a discussion by author Elizabeth Macalaster about winged couriers in the U.S. Military. Fascinating subject covered by an extraordinary woman. ... See MoreSee Less 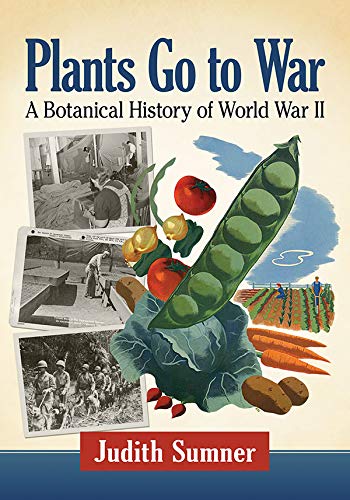 Join us for a fascinating discussion on the use of plants in the military. A presentation by
botanist Judith Sumner.

We will look at military history from a botanical perspective, from victory gardens and agriculture to timber, rubber, coal, and cotton, the many plant products that supplied the military and the home front during a time of intense need and high demand.  The talk will include a special look at medicinal plants, including their use in the Pacific war, the County herb Committees in England, and the development of penicillin as a critical wartime drug. Join us for a unique view of World War II through a botanical lens. In short, we would not have won the war without plants! Judith Sumner is a botanist who specializes in flowering plants, plant adaptations, garden history, medicinal plants, and ethnobotany. She is a graduate of Vassar College and earned her Ph.D. in botany at the University of Massachusetts.

Judith has taught extensively both at the college level and at botanical gardens, including the Arnold Arboretum of Harvard University and Garden in the Woods. She studied at the Royal Botanic Gardens, Kew, and at the British Museum (Natural History) and did extensive field work in the Pacific region on the genus Pittosporum, including monographs in several publications. She contributed family revisions to Flora Vitiensis Nova, published by the National Tropical Botanical Garden. Her other projects and areas of interest have included field studies in the Great Smoky Mountains, work with AID/Santo Domingo on developing petroleum-rich plants, and a commitment to science education. She has recently completed Plants Go to War: A Botanical History of World War II, which includes victory gardens and agriculture, as well as timber, fibers, rubber, medicinal plants, camouflage, survival practices, and botanical gardens in wartime, which was published by McFarland in August 2019. Her other books include The Natural History of Medicinal Plants and American Household Botany: A History of Useful Plants 1620-1900, both published by Timber Press; the latter title won the American Horticultural Society book award.

Judith is a frequent invited lecturer for botanical and horticultural organizations and symposia, including the Arnold Arboretum of Harvard University, the New York Botanical Garden, Mohonk Mountain Reserve, Cornell University, Kykuit/The Rockefeller Estate, Polly Hill Arboretum, the Massachusetts Horticultural Society, Tower Hill Botanic Garden, Old Sturbridge Village, and Strawbery Banke.  Judith has been the lecturer-in-residence at the Star Island Natural History Conference, and she has been a guest on the Martha Stewart Living television show, the PBS program “Cultivating Life” with Sean Conway, and various other PBS and educational programs. Judith is the recipient of the Gertrude B. Foster Award for Excellence in Herbal Literature by the Herb Society of America.   During the summers, she has served as a visiting scientist in the LEAP program at the Arnold Arboretum and has led workshops for the Museum Institutes for Teaching Science. She has also served as a National Public Radio STEM mentor and is a frequent educational consultant on science writing, inquiry-based learning, and classroom science using plants.