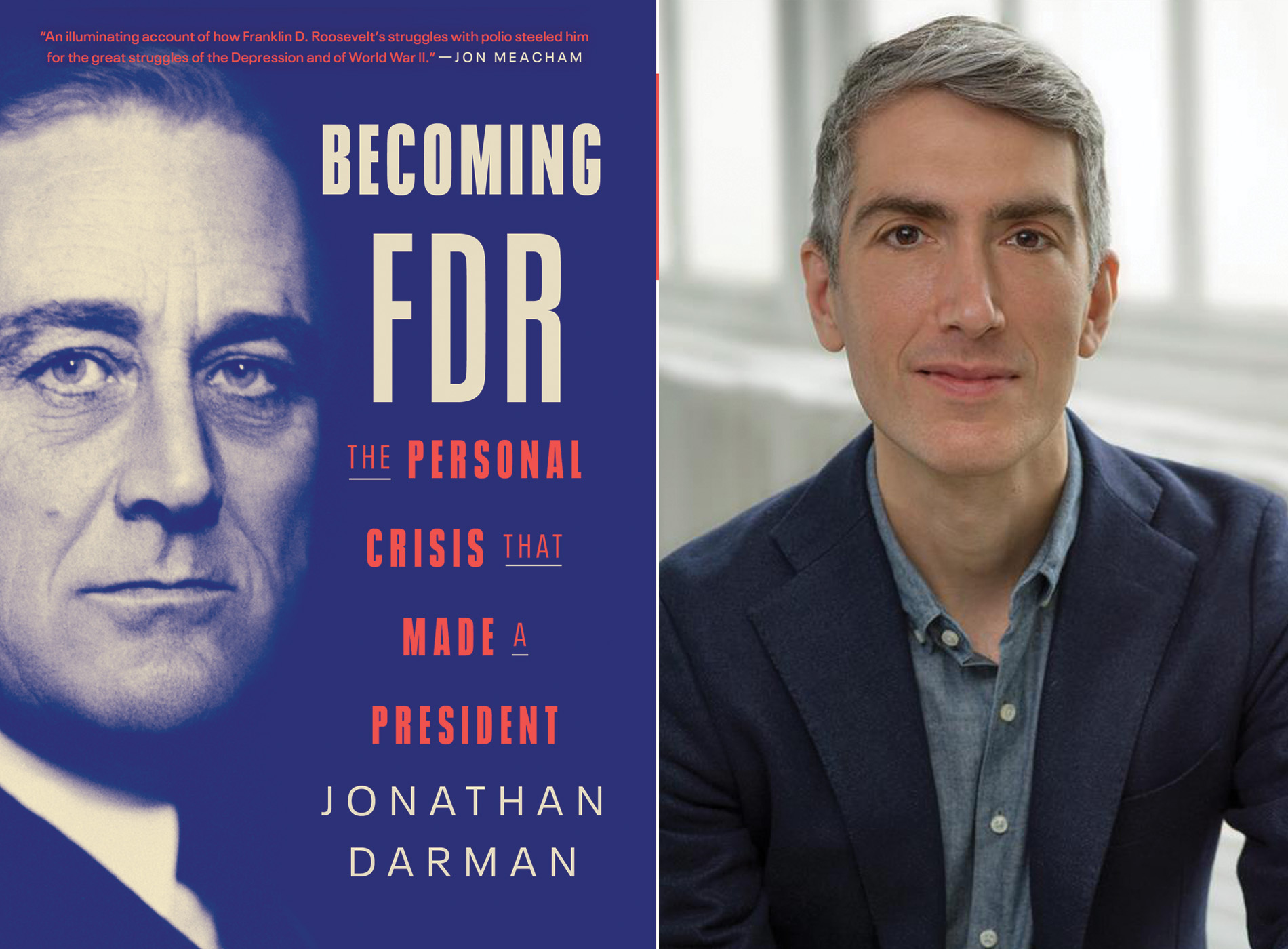 The Book:
One summer night in 1921, the 39 year-old Franklin D. Roosevelt was stricken with infection from poliovirus. The illness ravaged his body, upended his life, remade his marriage and transformed his character. Unable to walk but determined to return to politics, he was forced to develop abilities he’d never had before: empathetic leadership, strategic thinking and a genius for sustaining resilience and inspiring hope. These gifts would make him the man who would go on to lead his country through the Depression and World War II. The Author:
Jonathan Darman is a journalist and presidential historian whose books have examined the lives of Franklin Roosevelt, Lyndon Johnson and Ronald Reagan. Previously he was senior political correspondent for Newsweek where he profiled leader figures in American politics including Bill and Hillary Clinton, Barack and Michelle Obama, Mitt Romney and John Kerry.