Speaker Series – Author Philip Gambone presents: As Far As I Can Tell: Finding My Father in World War II 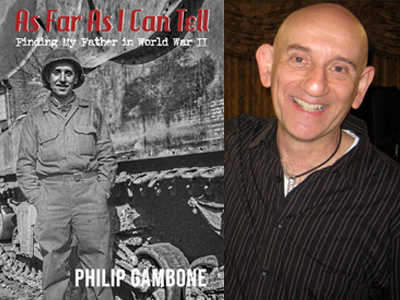 Philip Gambone, a gay man, never told his father the reason why he was rejected from the draft during the Vietnam War.  In turn, his father never talked about his participation in World War II. Father and son were enigmas to each other. Gambone, an award-winning novelist and nonfiction writer, spent seven years uncovering who the man his quiet, taciturn father had been, by retracing his father’s journey through WW II. As Far As I Can Tell (Rattling Good Yarns Press) not only reconstructs what Gambone’s father endured, it also chronicles the son’s own emotional and spiritual odyssey as he followed his father’s route from Liverpool to the Elbe River.  A journey that challenged the author’s thinking about war, about European history, about patriotism, and about “civilization.”