Come on out to the American Heritage Museum on Halloween Day, Sunday, October 31st from 10am to 5pm for Tank or Treat at the Museum! Trick or Treating with candy at your favorite tanks, activities, and photo opportunities galore! Any kids in costume get free admission with at least one adult / veteran / senior standard admission. See more at: www.americanheritagemuseum.org/event/tank-or-treat-halloween-at-the-american-heritage-museum/ ... See MoreSee Less

The American Heritage Museum wishes to thank ALL of our visitors to the 2021 Battle for the Airfield World War II Re-Enactment weekend for experiencing a fantastic weekend of living history with us here in Hudson/Stow, MA! It was one of the best event weekends we have had and we thank everyone for making it a safe and fun event after a challenging year for all of us.A special thank you goes out to our volunteer re-enactors from all over the region who share their time, collections, and knowledge with all of us. Their passion for keeping history alive is clearly evident through their dedication to accurately portraying veterans from World War II on both the Allied and Axis sides. Without their help, the Battle for the Airfield truly would not be possible. And last, but certainly not least, a well deserved thank you goes out to the volunteers and staff of the American Heritage Museum. Their tireless support in planning, setting up, staffing, and cleaning up after all of our special event weekends each season is truly incredible. Thank you for your dedication to our mission and being here to answer the call. Just like a tank cannot fight without the crew; the museum could not operate without our volunteers... We look forward to a wonderful 2022 season next year with lots of amazing special events here at the American Heritage Museum - we hope to see you ALL here again soon!Photos by John Collins. ... See MoreSee Less

Starting to pull out some of the armor for this weekend's re-enactment. This will be one for the books! More information see: www.americanheritagemuseum.org/event/wwii-re-enactment-battle-for-the-airfield/ ... See MoreSee Less

GET INVOLVED! We just added two new membership levels for the American Heritage Museum due to popular request... a Student Membership for $35 per year for anyone 18 and under, and a Dual Membership covering two adults for $100 per year! Individual and Family memberships available too! You can purchase or renew online, over the phone, or in our gift shop! www.americanheritagemuseum.org/get-involved/become-a-member/ ... See MoreSee Less 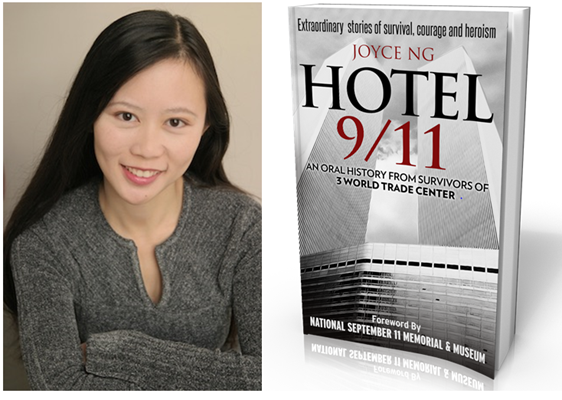 For the 20th year anniversary of 9/11, meet a survivor who escaped from the World Trade Center.  Joyce Ng witnessed and survived one of the worst attacks in US history on September 11, 2001. That morning, Joyce was trapped inside 3 World Trade Center, when Flight 11 crashed into the North Tower.   Debris from the first tower was falling in and around the area.  As a result, the hotel caught on fire. She and many others had to flee the burning building.   Joyce wrote a book that preserves a tragedy in American history through the voices of the people who were in the World Trade Center. Hotel 9/11 features miraculous escapes from many 9/11 survivors, including the author.  Meet Joyce Ng to hear her story, and get your signed copy of the history book. Hotel 9/11 is an artifact of the National September 11 Memorial and accepted into three presidential libraries.

Joyce is the founder of the non-profit charity, 9/11 Survivors of Three World Trade Center.  Joyce has talked with many of our nation’s leaders about 9/11 and strives to educate others on its impact.   She speaks at schools and organizations. Her message is about finding hope, and moving on with life despite escaping from this attack.