In early 1918, with the air war over the skies of France and Belgium reaching their most dangerous point, American pilots with the Allied Expeditionary Force were anxious to take the fight to the German menace. Unfortunately, the French SPAD XIII aircraft they wanted were in short supply. France had trouble with engine production and the formalization of the SPAD as France’s premier front-line fighter. There were simply not enough of the new airplanes to go around. However, at the same time Nieuport had finished their ultimate biplane design. After almost a year of prototypes and re-designs, production had started on the Nieuport 28 (N28). Since France had no need for the new N28, the aircraft were deemed as surplus. The American 94th and 95th Aero Squadrons saw an opportunity and began taking the first allotments of the brand new Nieuports in mid-February 1918. When the Americans received the planes there was one minor issue – they weren’t shipped with any armament. Allied Expeditionary Forces didn’t have enough Vickers machine guns to supply the squadrons.

Making the best of a poor situation, the squadrons set to work on familiarizing themselves with the new 28s. Pilots like future top ace Eddie Rickenbacker, Douglas Campbell, and Quentin Roosevelt (the son of former president Theodore Roosevelt) could be found flying in the cold, early spring skies above friendly territory, learning and developing new tactics so they were prepared when the guns finally arrived. Deliveries of the guns began, albeit in fits and starts, and the first combat patrols were flown in mid-March, with some aircraft carrying just one machine gun instead of the usual two. The first victories weren’t far behind. On their squadron’s second patrol, pilots Douglas Campbell and Alan Winslow both shot down an enemy aircraft over their home field. As time went on, more and more victories were scored by the American squadrons. The Nieuport 28 became a beloved aircraft in the war against Germany. Unfortunately, Quentin Roosevelt was shot down and killed in July 1918, mere weeks before the AEF began taking deliveries of the more superior SPADs. The Nieuport 28 holds a special place in American aviation history as the first fighter U.S. forces flew into combat.

We anticipate restoration completion within the next year.

Under the care of restoration expert Mikael Carlson in Sweden, the Nieuport 28 restoration has made some amazing leaps forward! Mikael reports that the construction of all major components has been finished except for several fairings over the landing gear struts and center wing struts that must be completed after the fuselage has been covered. Fabric on the fuselage’s wooden components has been added, and the correct 30 thread / sq. cm bleached Irish linen was utilized on the remaining structure and completed wings. Mikael is working to fit components in the cockpit section, including wooden mock-ups of the guns while the real machine guns are being restored in the United States. Soon he will install the gun synchronizer tube, then work around this large mechanical fixture to install the instrumentation and valves.

We look forward to the Nieuport 28’s first flight later this summer! Once complete and flying, the plane will be disassembled and shipped back to the United States for reassembly and test flight before joining our aircraft collection at the American Heritage Museum. It will be one of the most historic and original WWI aircraft in existence that is in pristine flying condition! 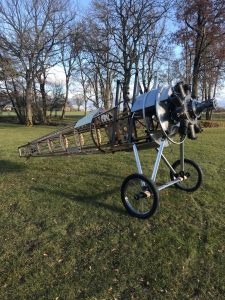 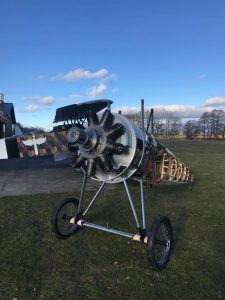 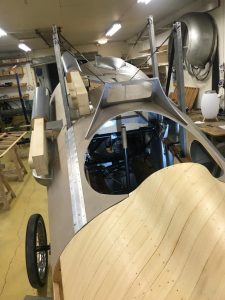 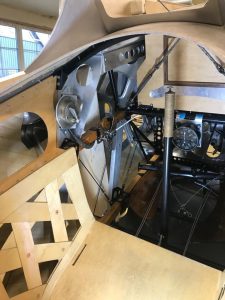 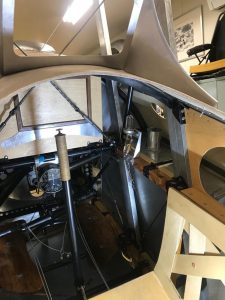 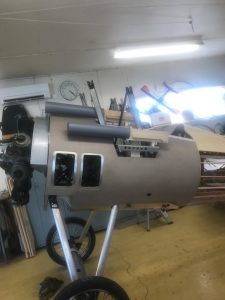 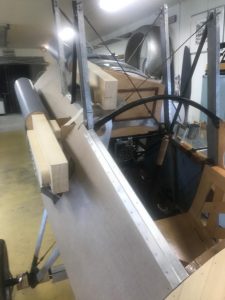 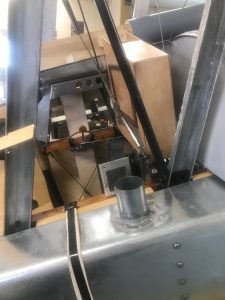 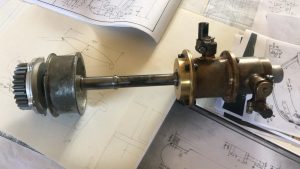