How "Section T" Took Down a Nazi Superweapon and Helped Win the Battle of the BulgeAs you descend the American Heritage Museum's central staircase, be sure to look up to see our "Doodlebug" - one of the several nicknames (buzzbomb, Maybug) given to the V-1 rockets launched on England after the D-Day invasion. From June 1944 to March 1945, the Germans launched 6,725 V-1 rockets at Britain from launch pads in France and the Netherlands. Of those, 2.340 hit London causing 5,475 deaths with nearly 16,000 injured. While the RAF had some early success in downing Hitler's flying bombs, the superior speed of later V-1 models required new approaches to air defense. The most effective solution came from the top secret project of US engineers and scientists led by Johns Hopkins physicist Merle Tuve who comprised what was known as "Section T" of the US Army Research Laboratory. After three years of intensive research and testing, Tuve's team developed the VT (Variable Time) Proximity Fuse, a device that alerted an artillery shell when to explode. By August 1944, Allied forces were shooting nearly half of the V-1 rockets out of the sky, and by the end of the summer, their success rate neared 100%. The last V-1 launch site in the Netherlands was overrun on March 29, 1945.Allied artillery commanders in Europe were anxious to utilize their stockpile of new shells equipped with radio proximity fuses. But the Joint Chiefs of Staff in Washington and Allied leadership in Europe were reluctant to use the proximity shell against German ground forces. If the Nazis recovered a dud, which they would, they could reverse-engineer the invention and use it against the Allies - and share it with the Japanese. Dr. Vannevar Bush, chairman of the National Defense Research Council, convened a panel of scientists, including Tuve, that determined it would take the Germans at least 27 months to replicate and mass-produce their own proximity shell. Eisenhower then ordered that the shells could be used starting on December 25.However, on the morning a December 16, 1944, Colonel George Axelson, the commander of the 406th Artillery Group, had a difficult decision to make. The Germans had just launched an offensive along an 80-mile front in Belgium and Luxembourg that would become known as the Battle of the Bulge. Axelson decided that the emergency trumped Ike's restrictions and ordered his gunners to use the new shell. The German attack in his sector collapsed. Beginning on December 18, the U.S. First, Third and Ninth Armies unleashed the most devastating artillery fire German troops had ever encountered. Across the Ardennes, the VT fuse became the weapon of choice, particularly at night, in the open and through fog. Shells were showered on German troops crossing critical road junctions, bridges and highways.The development of the proximity fuse was one of the best-kept secrets of WWII and is regarded by many as the third most important technological achievement after the Atomic bomb and Radar. ... See MoreSee Less

Help Us Rebuild Four Original Cells of the Hỏa Lò Prison, Known as the “Hanoi Hilton” at the American Heritage Museum.

The American Heritage Museum has been given the incredible honor to receive the original materials for four original cells of the Hỏa Lò Prison, infamously known as the “Hanoi Hilton” as a donation to build an interpretive POW/MIA Exhibit in the Vietnam War gallery of the American Heritage Museum. Originally disassembled in 1994, the dozens of pallets of original bricks, concrete floors and ceilings, roof tiles, cell doors, transom windows, and concrete beds with iron shackles were delivered in September of 2020.

Please read the article below that was featured in the 2020 Annual Magazine of the Collings Foundation and American Heritage Museum to learn about the project. 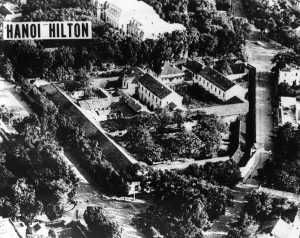 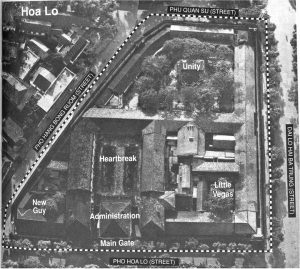 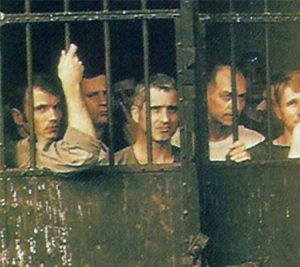 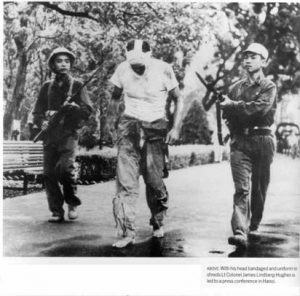 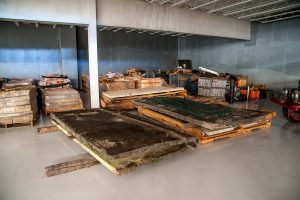 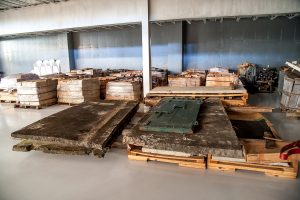 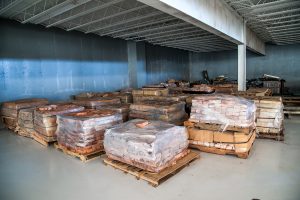 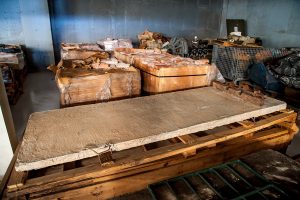 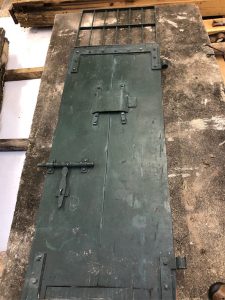 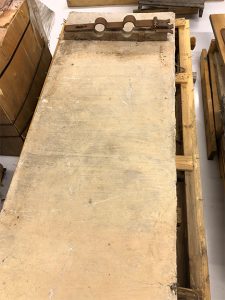 Your Help is Needed

It is extremely important to tell the story of the prisoner of war experience and this exhibit containing such rare, original artifacts is a powerful way to accomplish this. To rebuild these cells within the museum will require significant funding upon finding the right talent to perform the task.

Because of this, we are asking for your generosity in contributing to the exhibit construction fund. As a 501c3, all donations to Collings Foundation, Inc. dba American Heritage Museum are tax deductible and 100% of your gift to this fund goes right into the project at hand.

Make a Gift by Mail
If you would rather send a contribution by mail, please make your check out to “American Heritage Museum” and add “POW/MIA” in the memo and send to:

Make a Gift by Phone
Call or email Ryan Keough, Director of Development at 978-562-9182 or rkeough@collingsfoundation.org for more information on being a part of this incredible effort.

Very rare segment of the Hỏa Lò prison coming to the Vietnam War exhibit at the American Heritage Museum.
Published in 2020 Annual Magazine

Coined the “Hanoi Hilton” by American prisoner Robert Shuemaker, the Hỏa Lò prison became synonymous with the POW plight during the War, and long after. American prisoners of war in the Hỏa Lò prison were subjected to extreme torture and malnutrition during their captivity. Although a signatory of the Third Geneva Convention of 1949, which demanded “decent and humane treatment” of prisoners of war, North Vietnam employed severe torture methods, including sleep deprivation, malnutrition, beatings, hanging by ropes, locking in irons, and prolonged solitary confinement.

The prison was built in Hanoi by the French between 1886 to 1901, when Vietnam was still part of French Indochina. The French called the prison Maison Centrale or Central House, which is still the designation for prisons housing dangerous or long sentence
detainees in France. Known locally as Hỏa Lò prison, it was built at the previous location of the Phu Khanh village. The village baked locally sourced earthenware in furnaces, and the name “Hỏa Lò” means “fiery furnace” or “stove.”

The prison was originally designed to house 460 inmates, but was often overcrowded. Due to the harsh nature of French rule and a vicious justice system, the prison was always oversupplied with inmates. Many were political prisoners agitating for independence who became the subjects of torture and execution.

Re-purposed during the Vietnam War, the first U.S. prisoner sent to Hỏa Lò was Lieutenant Junior Grade Everett Alvarez Jr., who was shot down on August 5, 1964. From the beginning, U.S. POWs at Hỏa Lò endured miserable, unsanitary conditions, including meager rations of food and the ever-present threat starvation. Beginning early in 1967, a new area of the prison was opened for incoming American POWs. It was dubbed “Little Vegas,” and its individual buildings and areas were named after Las Vegas strip landmarks, such as “Golden Nugget,” “Thunderbird,” “Stardust,” “Riviera,” “Heartbreak Hotel” and the “Desert Inn.”

Hundreds of American POW’s, mostly airmen, endured months of isolation and squalid conditions at Hỏa Lò. Several well-known veterans spent years in confinement there, including John McCain, James Stockdale, Bud Day, Joseph Kittinger, James Robinson Risner, Jerry Coffee and Everett Alvarez, Jr. John McCain was tortured regularly for over five years, as was Bud Day. Navy pilot Everett Alvarez was interned in the Hanoi Hilton from August 1964 until February 1973, removed from the world for nearly a decade. He went in six months after The Beatles first visited the U.S. and was released three years after they broke up. Alvarez missed the entire British invasion, man walking on the moon and the assassinations of Martin Luther King, Jr. and Robert Kennedy because he, and his fellow prisoners, had no news of the
outside world.

During 1994, the Hỏa Lò site was selected for redevelopment and the prison complex was slated for demolition. Due to the infamous colonial history of the original prison, the entrance house and west side buildings were retained as a museum focusing on French oppression and cruelty. The post 1965 “American” side of the prison, which had been converted to hold captured pilots, was to be destroyed. Through the efforts of Mr. Jeet Mahal, a collector of artifacts for U.S. Museums in the 1990’s, four complete cells were saved, along with associated bricks and artifacts. (Initially, the Vietnamese thought these pieces were going to be moved to a Caribbean island museum to tell the story of French colonial prison history.) Stored for 6 years in Vietnam, and another 20 in North America, the many pallets of bricks, materials, shackle beds, and cell doors have now been moved to the American Heritage Museum and are awaiting reconstruction within the Vietnam War
exhibit.

In honor of their resistance and courage against their captors, two Medal of Honor commendations were issued to Hỏa Lò POWs Bud Day and James Stockdale. For this reason, Hỏa Lò prison artifacts are a touchstone for Medal of Honor history and preservation. Exhibiting the original Hỏa Lò prison cells will provide a compelling opportunity to tell the stories of brave POWs who survived, as well as the long and tumultuous history of this notorious prison. The cells will be carefully reconstructed within the American Heritage Museum’s Vietnam War exhibit. This will be the only place in the world where you can see them. The Hỏa Lò display will serve as a tribute to our soldiers’ bravery and a reminder of the horrors they suffered.This important project requires a substantial financial investment. We hope you will contribute this reconstruction, as well as the ongoing educational programs that will help us tell stories of our POWs for generations to come.