Work continues on the Panzer 1 restoration. Hull was prepped for paint. Turret is nearing completion. Tracks have been restored and now back on. We hope to have the proper magneto in soon and get the engine running. Also working on getting the electrical generators for the radios working as well. Dick and the crew are aiming for an April 15th debut. ... See MoreSee Less

Come and see our newest addition to the War on Terror Gallery at the American Heritage Museum, the AM General M1114 HMMWV, an up-armored version of the "Humvee" light utility vehicle widely used by the U.S. Armed Forces in Iraq and Afghanistan. This vehicle is currently on display loan courtesy of a supporter of the American Heritage Museum. See it and the M1A1 Abrams main battle tank on display with over 95 other rare tanks and military vehicles spanning history from the Revolutionary War through today! Open Wednesday through Sunday each week from 10am to 5pm. Visit information at: www.americanheritagemuseum.org/plan-your-visit/hours-admission/ ... See MoreSee Less

Only 40 days until we draw the winner to the Ultimate Tank Driving Experience Sweepstakes, including an opportunity to drive the ultra-rare M26 Pershing! We will draw on March 31st - Have you purchased your tickets yet? This fundraiser helps support the growth of the American Heritage Museum and create new programs at the museum for visitors and students and could be the experience of a lifetime for you!! Get 30% more bonus tickets by following this link to get your tickets! americanheritagemuseum.tapkat.org/iconsofarmor?promo=FB202102 ... See MoreSee Less

The American Heritage Museum’s very own tank driving grounds, not far from the birthplace of America in Boston, Massachusetts, will be the site of this extraordinary prize! Our new, world-class muse... 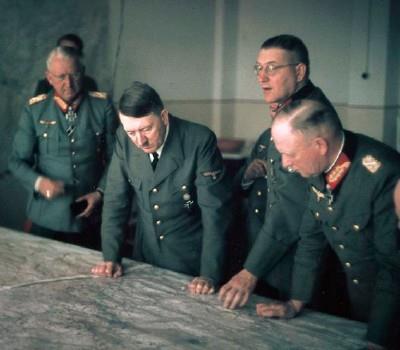 By Dr. Robert Citino, Institute for the Study of War and Democracy and Senior Historian at the National World War II Museum in New Orleans, LA.

Author of numerous books on the pioneer concept of a “German Way of War” as practiced from Friedrich II down to WWII. He will speak about the operational arrogance of the Wehrmacht generals, exploding the myth of their opposition to Hitler’s ways in war and in brutal occupation.